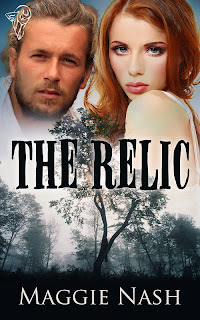 They used to be a great team, but could they forget the past long enough to save their lives?

Finding herself in the wilds of a Penang rainforest wasn't something Magda was exactly happy about. Being there on a mission to recover an ancient relic that threatened world peace certainly had its appeal, but the heat, the bugs and wild animals quickly cancelled out any of the excitement of the chase. Adding to her misery was the arrival on the scene of the last person she ever wanted to cross paths with. Vincent Stone, her rival in the search for the relic, and her ex-lover. The man who'd ripped out her heart and trampled on it had no business being in the same country as her, let alone the same town.

Vincent isn't doing much better as he tries to remember why he'd broken it off with her. She made him feel more than anyone else but in his line of work, and with his past history, he didn't have room for a relationship. But damn, she made him want one.

Fate has a way of playing with realities though and as they teamed up they both came to realise that sometimes it was better to just go with the flow. They used to be a great team, but could they forget the past long enough to save their lives?

Click HERE to read an excerpt and buy the book!

"Maggie Nash spins a passionate story full of vim and vigor. This is an enjoyable tale reminiscent of a fabulous Indiana Jones movie. The reader jumps right into the action alongside the heroine and it never lets up until the last word. Magda is a larger than life leading lady, she is as far away from a damsel in distress as you can get and yet her strong character in no way weakens the hero's."

Maggie Nash
I write Romance novels and I'm proud of it! Have you read one lately? Romance readers have better sex lives. Just saying.